Combine is implemented on top of three protocols: Publisher, Subscriber and Subscription. Publisher transmits values that can change over time, Subscriber receives those values from the publisher and Subscription represents the connection of a subscriber to a publisher. Combine is one of the components that makes SwiftUI possible, however if you don't want to go all in, you can leave out SwiftUI for now and use Combine with UIKit. In this article, I am going to explain how to manipulate views and handle user interactions using Combine along with UIKit. I also sprinkled some handy extensions for you. I believe this article can be a starting point to learn how to handle more complex things with the Combine framework.

Let’s imagine a single view with a button in the middle and the button background color changes with the button action. We are going to accomplish that by using the Combine Framework instead of closures or delegates. The button transmits user interactions, therefore a Subscriber is needed to receive them, and a Publisher to transmit a new color. As a first step, let’s model the view with a following structure that will handle both button color changes and the button action observation:

Since we don't want to send any errors, we can leverage a typesystem to ensure that by using Never as error type. And for the output of the button action we can simply use Void. UIButton background color accepts an optional UIColor, so I decided to use an optional output for buttonColor publisher.

After initialising the view , we need to subscribe to the button action and publish the button color. The code below shows how to do this:

In our case, the output of buttonAction publisher is assigned to the backgroundColor property of the button. I have written an extension to make the code more readable.

Swift KeyPath feature makes the magic here. The method assigns the output of a publisher to the given keyPath. if you don't want to use an extension. You could use such a method instead:

Finally, here is the viewModel method which does all the important business. You could locate it in a viewController or in an Interactor depending on the pattern you use.

Let's go through the snippet together and see what it does;

Here is the Apple’s definition for the PassthroughSubject:

We don't pass the PassthroughSubject to the view model directly. PassthroughSubject has the send() method which allows us to send values or complete events which means we could send events from anywhere we call the viewModel function (for example viewController). We don’t want this to happen.

There are many different ways to implement this simple example. However. it can give you some ideas to use Combine in more complex applications. If you would like to see the complete version, please visit my gitlab account. I hope this article is useful. If you enjoyed my article or have some additional questions feel free to comment on it.

Where to go from here: 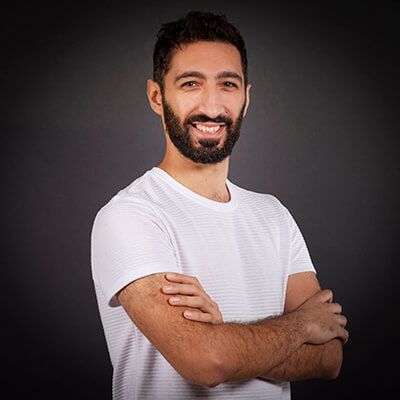 I am an iOS developer with 4 years of experience. Learning is a lifetime process and one of the way is to share what you ve learnt. I havent share much articles yet. But I am looking forward to it.