With a variety of available options, choosing the right technology for building a mobile app might be quite challenging. However, despite the obvious benefits and the growing popularity of Flutter, some startup owners are still not convinced that this is the right framework for an MVP.

The main reason behind this belief is that the solution is not mature enough. We are here to dispel your doubts. Let’s see why Flutter framework is the best choice for building an MVP for mobile apps.

Flutter is a cross-platform development framework created by Google back in 2018. It is designed to build native apps for iOS and Android and is based on the Dart programming language. Although it’s a young framework, it was used by 500k developers every month just 2 years after its launch. Now, in 2022, there are a number of large companies that use Flutter, including:

Flutter is frequently compared with its main competitor, React Native. To learn more about both technologies and the main differences between them, we recommend reading our article: Flutter vs React Native - which framework will be best for you?

However, we’re here to prove to you that Flutter is mature enough to become the right MVP framework, and using it within your startup project is definitely not risky as you may suppose.

What are the benefits of Flutter? We have already explained why you should consider using Flutter for your next mobile project. However, let’s find the answer to why it is perfect as the MVP framework.

To put it shortly, an MVP is a basic version of an app that performs only its core functions. It’s a must-have for every startup that needs to validate their idea before investing in building a fully functional solution in vain. A well-prepared MVP is equipped only with core features that are essential to collect feedback from early adopters in order to sharpen the product strategy and make adjustments. Thanks to this, the startup can deliver quickly and save money to increase the chance of successful product development.

This means that the perfect MVP framework should:

So, it occurs that Flutter perfectly matches the criteria. Let’s see what the key factors that make it the perfect MVP framework are.

Building a mobile app with Flutter allows significant cost reduction as cross-platform development reduces the need for building two separate native apps. Thanks to this framework, you can use one code base for iOS and Android applications in parallel, which translates into a smaller team with which you will build a product and save a lot of time.

Flutter already has over 2 million programmers, which makes it very easy to build your team. It is also a very simple language, which allows you to quickly train new people.

Although Flutter is a young MVP framework, it has already gathered a large and active community. As it was created by Google, an undeniable market leader, the news about the technology is spreading fast and meets with enthusiasm. Also, Flutter's technical support is sufficient, and the opportunity to exchange knowledge with other developers makes it easier to develop high-quality products.

The Flutter development process is easy, smooth and cheap. Thanks to pre-built widgets, there’s no need to write all the pieces of code from scratch, which significantly accelerates coding. However, the widgets still allow great customization.

The changes made in the app are instantly visible on the screen, so it’s much easier for developers to write and control the code. This shortens and accelerates the development process, as debugging is much faster and the risk of delays and failures is mitigated.

Flutter development allows smooth integrations with popular cloud platforms. This can contribute to the development of features such as analytics, cloud storage, authentication, crash reporting and more.

Flutter helps create a great UI for both iOS and Android. This is how Flutter-powered MVPs can be successfully presented to the initial audience. With the help of the pre-built widgets and UI features, you can design a variety of motion and animations to make your app’s interface appealing and attractive.

Flutter has no problem with delivering 60fps. This is an excellent native-like performance even for a complex user interface.

Last but not least, Flutter-powered mobile app MVP can be easily scaled to a web or desktop application. In case your product grows and the need for further expansion appears, you will be able to easily modify your code and adjust it to other devices and platforms.

Why do we choose this solution?

As experienced Flutter developers, we are aware of the benefits and specificity of the Flutter development process. Before we chose to specialize in Flutter, we checked a number of promising technologies and still decided to stick to this framework - and this didn’t happen for no reason. Let’s catch a glimpse of that.

In our opinion, Flutter is the best way to deliver a mobile app MVP in a short time for both iOS and Android. Moreover, we can complete it with a much smaller team than we would need to engage in the case of building two native mobile apps. We also highly appreciate pre-built widgets that allow for great customizability, convenient UI development and fast release.

To sum up, Flutter is not only a great MVP framework, but also the right choice for most startups that aim to scale up. The technology can help to release the product fast and provide it with an intuitive design that will attract early adopters and investors. 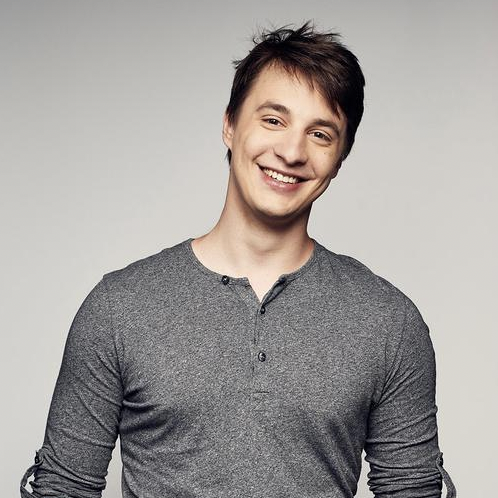