Zumba is at the forefront of the fitness industry. To help their instructors with preparing classes, Zumba R&D team decided to create a mobile application that will help with music playlists creation, as music is the core of Zumba classes. The apps had to be easy to access and user-friendly so that every Zumba instructor can instantaneously understand how to get the most of the application for their group needs.

"AppUnite delivered a polished product that’s well-known in the fitness industry. Their team of talented developers advised the app’s design and worked to produce a finished product that mirrors the original vision. Utilizing a meticulous approach ensures they address every detail and concern."

Initially, we thought about manipulating audio samples and removing some of them in order to trim or mix songs. But this turned out to be problematic because we would have to download each song separately in order to analyze them, so we decided to depend on song playback. This solved issues like battery draining and higher bandwidth usage. For crossfade, we use two players and synchronize them together based on the playback. For each sound effect, we use a separate player that starts playing based on main song playback. A similar approach was taken for other features like tempo change.

The ability to play music and video, both on mobile and remote devices. Users should be able to play music from all favorite sources.

We integrated multiple players within the app such as Chromecast, AppleMusic, and Airplay. It required us to create a robust abstraction over all those players to seamlessly switch between all media sources.

Users should have offline access to downloaded content, in order to save as much bandwidth as possible while playing media.

To make the app work offline we had to introduce both API responses and media data caching mechanisms. 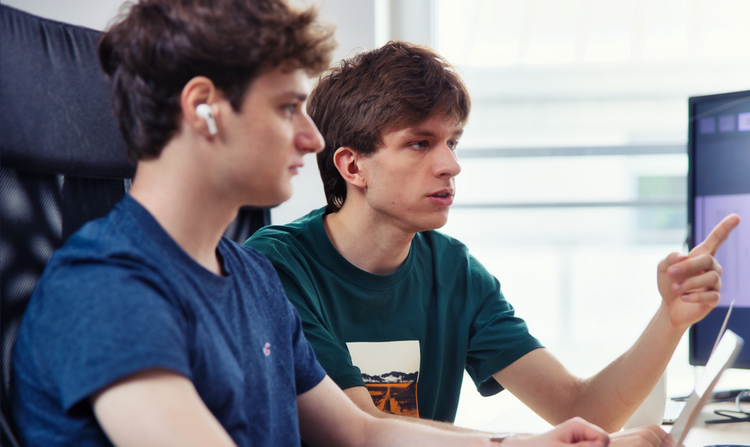 We have solutions to every problem!

Creating a powerful tool that helps trainers in their day-to-day work.